The Building of Chicago's Millennium Park 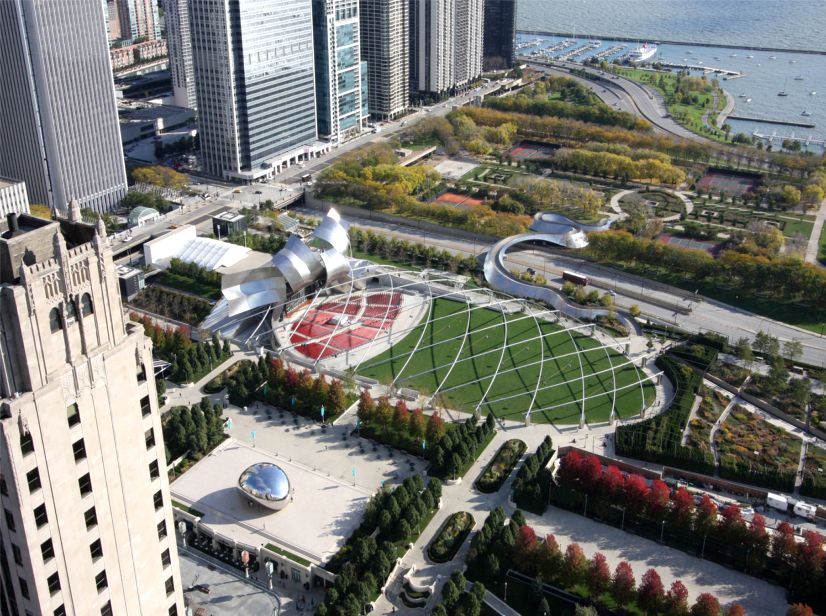 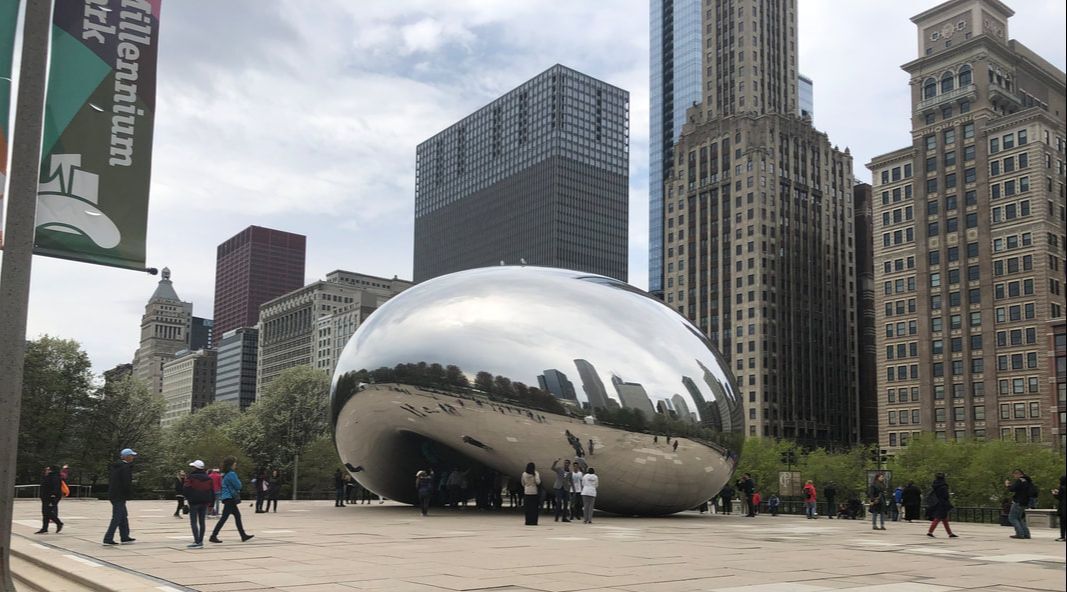 Another famous tourist attraction that resides in Millennium Park is Cloud Gate, commonly referred to as “The Bean,” which sits on AT&T Plaza. Inspired by the look of liquid mercury, Cloud Gate’s highly polished surface is made of 168 welded stainless-steel plates. The sculpture shows not only the reflection of the tourists and residents that visit it, but it also shows the reflection of the city skyline and the sky above the city. The project was started in 2004 with an estimated cost of $6 million and it was completed in 2006 with a final cost of $23 million (City of Chicago, 2020). When Millennium Park had its grand opening celebration, Cloud Gate was revealed (unfinished) to the public with all the weld seams completely visible, but it was recovered while the workers polished the sculpture.
A little over a year ago I had the privilege of traveling to the city of Chicago on summer vacation. Of course, on the itinerary were the numerous museums and the Shedd Aquarium, but most importantly I made it a point to visit Millennium Park. While most people go to the park to see Cloud Gate or the Crown Fountain, I wanted to take a day to just observe. People watching is one of the most interesting things to do in a busy city. I sat in Millennium Park on a bench in front of the Millennium Monument in Wrigley Square and watched the people as they passed but more importantly, I took note of the wildlife. I should say the lack of wildlife I noticed at first, before I looked a little closer and realized that even though there aren’t a lot of large mammals running about, there were so many small organisms around me. It’s atypical from the wildlife I would see in the rural areas of London, Ohio where I grew up, but it is more typical to the city setting.
While there were no deer or coyotes running about, there were dozens of birds flying about and many squirrels. I shouldn’t forget to mention the vast amounts of various wildflowers that bloomed in the Lurie Garden, which attracted many beautiful different types of butterflies. Many of the flowers I hadn’t seen before, or at least I didn’t recognize, which led me to do some research. In the summer months many different colors of coneflowers and alliums bloom, along with milkweed and my two favorites: queen of the prairie (it smelled amazing) and the grape hyacinth (which looked so funky). The butterflies that surrounded the Lurie Garden were also fascinating to watch, of course there were so many Monarch butterflies, which the gardens attract each year along their migration path. I’ve seen the gardens many different times, but it never ceases to amaze me that such a diverse ecosystem can exist amongst the concrete jungle that is the city of Chicago.

​            The Lurie Garden, named after the $10 million endowment donor Ann Lurie, sits on 5 acres (Lurie Garden, 2020). The garden is full of various perennials, trees, grasses, etc, that bloom/blossom each season, which occupy only 2.5 acres of the actual space. Designed by Gustafson Guthrie Nichol, with the help of Piet Oudolf and Robert Israel, the Lurie Garden has a dark and light plate which represents the shade loving plants and sun-loving perennials of Chicago respectively. It is split into the two plates by a boardwalk that is meant to depict the original Lake Michigan seawall. The light plate houses more prairie grasses while the dark plate includes more broad-leaved species like ferns. In order to keep the garden as eco-friendly as possible, it was built on lightweight geofoam which is placed underneath the soil. The garden also utilized more limestone and granite where stone was required and only FSC-certified Ipe was used to create the boardwalk and wooden benches throughout the garden (Lurie Garden, 2020). While the garden attracts many tourists and residents alike, this would not be possible without the hundreds of volunteers that care for the garden and help to educate the visitors.
This leads to present day Millennium Park in the year 2020, full of wildlife and art, but currently absent of people due to the COVID-19 pandemic the world is facing. The Pritzker Pavilion sits vacant, the Lurie Garden only seeing the volunteers, and Cloud Gate being viewed from afar. One day, hopefully soon, people will be able to join their friends at festivals and see their families in the park freely without fear of spreading the virus. At this point that open public spaces will hold even more significance with people who have been cooped up in their homes for the past year or so. If only people realized that while amusement parks sit empty and concert venues go without music that there is a versatile green space right outside. The park provides so much to the people of Chicago, whether artistically, architecturally, ecologically, etc. This makes the conservation of these green spaces even more important now, especially within major cities. Without parks of any kind, many people would have been completely shut in for the past nine months, with no escape. Millennium Park will be full of people once more when this pandemic subsides, providing the ever-needed escape from the city. With so much uncertain about the future, one thing is for certain, even if Millennium Park sits without people, it is still full of life.
References:
Chicago Architecture Center. (2020). Millennium Park. Retrieved October 30, 2020, from http://www.architecture.org/learn/resources/buildings-of-chicago/building/millennium-park/
City of Chicago. (2020). Chicago History. Retrieved October 26, 2020, from https://www.chicago.gov/city/en/about/history.html
City of Chicago. (2020). Millennium Park - Art & Architecture. Retrieved October 26, 2020, from https://www.chicago.gov/city/en/depts/dca/supp_info/millennium_park_-artarchitecture.html
City of Chicago. (2020). Millennium Park History. Retrieved October 30, 2020, from https://www.chicago.gov/city/en/depts/dca/supp_info/millennium_park_history.html
History Editors. (2018, August 21). Chicago Fire of 1871. Retrieved October 26, 2020, from https://www.history.com/topics/19th-century/great-chicago-fire
Kamin, B. (2004, July 18). A no place transformed into a grand space. Retrieved October 27, 2020, from https://www.chicagotribune.com/news/ct-xpm-2004-07-18-0407180382-story.html
Lurie Garden. (2020, July 10). About the Garden. Retrieved October 30, 2020, from https://www.luriegarden.org/about/
Millennium Park Inc. - Millennium Monument (Peristyle) and Wrigley Square Series (n.d.). Chicago Public Library. Retrieved October 26, 2020. https://www.chicagotraveler.com/parks/millennium-park/
Murray, Tom (2006). Illinois Central Railroad. MBI Railroad Color History (1st ed.). Voyageur Press. ISBN 978-0-7603-2254-3.
Public Building Commission of Chicago. (2001, February). Millennium Park News. Retrieved November 1, 2020, from https://web.archive.org/web/20080910132602/http://www.pbcchicago.com/upload/454.pdf